Dewalt Adds New Tough System 22 inch Tool Boxes to Compete with Ridgid with 3 new tool boxes. The heart of  Ridgid’s 22 inch pro tool storage is their pro gear cart with built in wheels and a telescoping handle so that the user would not need to purchase a separate carrier. 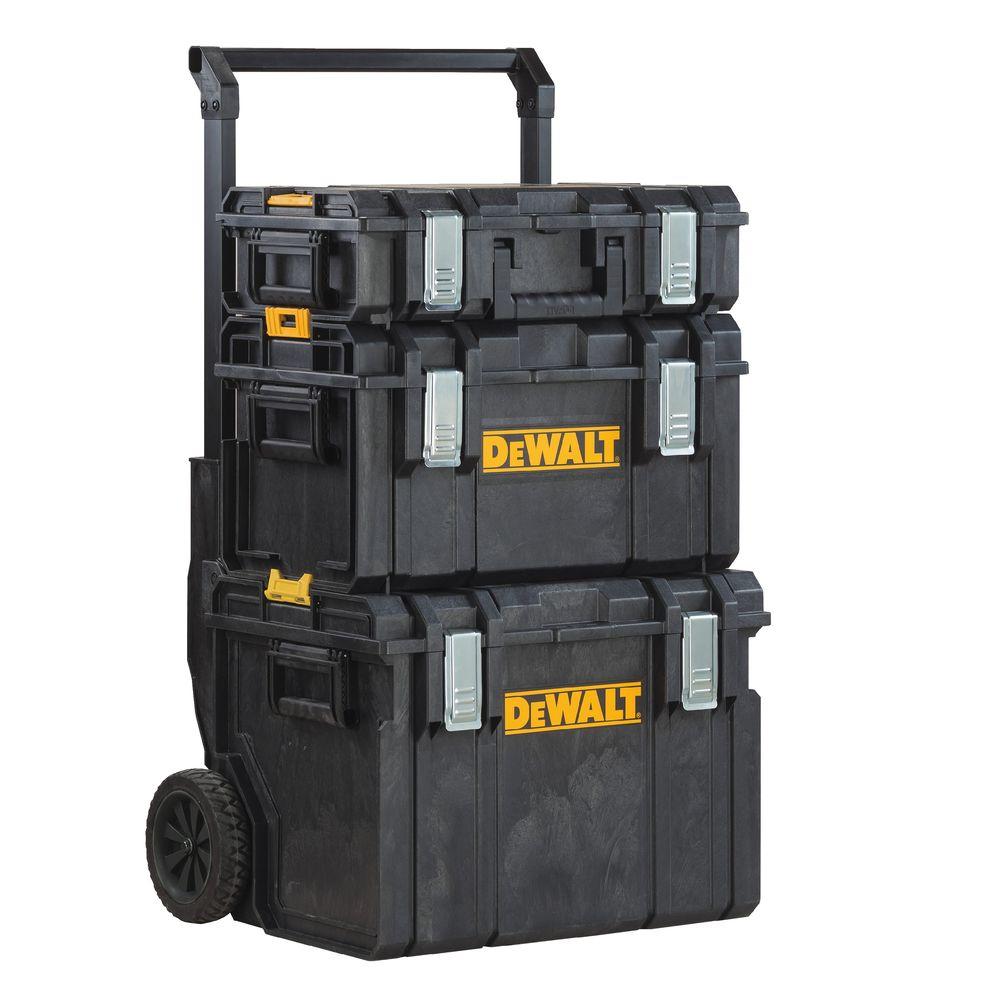 Now Dewalt has copied the Ridgid pro gear cart with their own DEWALT Tough System DS450 22 inch mobile storage module. It’s basically the Dewalt version of the Ridgid 22 inch pro gear cart and with a similar price tag of around $59 at the time of writing. 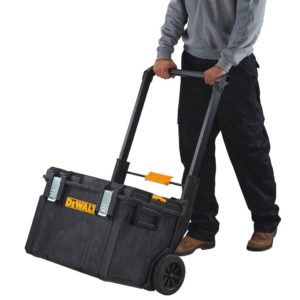 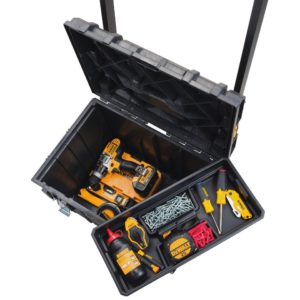 That was one of Ridgid’s top selling points – their price as it was much more affordable than a similarly equipped Dewalt Tough System, but Dewalt has come down to even ground with Ridgid’s system. 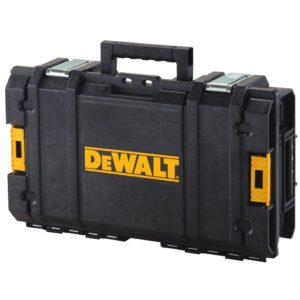 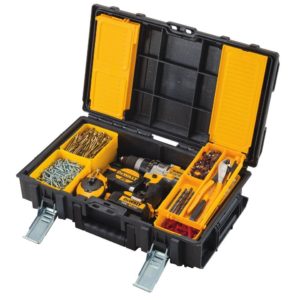 Dewalt also has a proper organizer box for the Dewalt Tough System 22 inch system with the DWST08202 tool box with clear lid. This organizer has bins galore and a clear see through lid so you can see what’s where inside the box without having to open it. This box is price at around $39 at the time of writing. 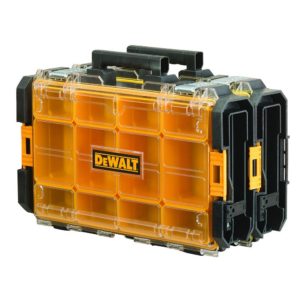 In the included pictures, I noticed that there is a middle medium sized storage box but I couldn’t find a model that stated it was made for the new Dewalt Tough System 22 inch tool boxes. It does look awfully familiar and similar to the existing Dewalt large Tough System Tool box model DS 300 which is currently priced at around S39 at time of writing. Although it’s not labeled as a 22 inch Dewalt Tough System box, I suspect it might be compatible because it is about 21.45 inches wide, making it very close to 22 inches wide so it might fit with the others mentioned in this article. Although I cannot confirm this so please use caution if buying it for this Dewalt 22 inch Tough System.

Currently, all of these new Dewalt 22 inch Tough System boxes are sold at the Home Depot although they might soon be offered at Amazon and elsewhere.