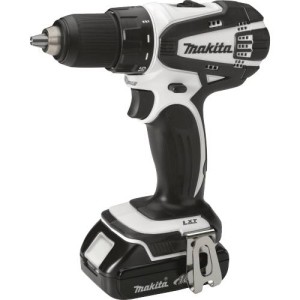 There seems to be lots of confusion between Makita’s teal blue and white/black cordless power tools here in the USA. Namely the 18V LXT drills and impact drivers. Many people seem to think the white and black 18V LXT drills and impact drivers are their homeowner DIY versions as I’ve heard many people say they are the “budget” and “less powered” versions.

EDIT & Disclosure: This article is discussing the differences in color of Makita 18V Power Tools here in the USA. What is discussed here is specific to the North American variants of these Makita power tools. I understand that in other parts of the world Makita offers an assortment of colors for their power tools.

Before we come to a conclusion let’s inspect the facts while focusing on the “different” white and black versions. The obvious difference is the color scheme with a bold white as the main color and black as the accent . This is boldly different here in the USA as the theme of Makita power tools is teal blue (fact: different color scheme).

A closer look at the white and black 18V Makita power tools reveals a smaller compact battery with a capacity of 1.5 ah. This is in contrast to the standard 3.0 ah batteries (many kits are being replaced with larger 4.0 and even 5.0 ah batteries) included on the vast majority of their cordless lineup.

These larger capacity batteries are roughly twice the physical size and are also offer twice the runtime than compact 1.5 ah batteries (longer runtime if they are 4.0 and 5.0 ah) (fact: different battery form factor and capacity).

Another closer look at the description for each tool reveals that the white & black 18v drill and impact driver are designated as the “compact” versions. 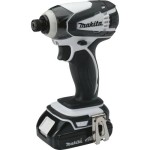 Now lets take a look at the similarities- other than the color scheme they look the same. If you look at the model numbers listed above you will see that the models listed for the white & black and teal counterparts share the same model number except for the “CW” designation.

This means that they are in essence the same model or variant of the same model. They even spec out the same, regardless of color scheme, the XFD01 drill has the same torque, rpm numbers, and even the same features. The same goes with the XDT04 impact driver. 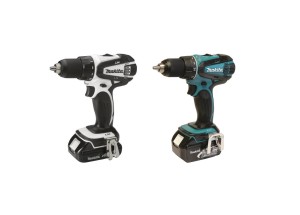 I spoke with Wayne H. the communications manager for Makita and asked him what the differences were between the white and teal 18v models. His response was that Makita makes only heavy duty tools and the white models were their “compact” models with compactness and lightweight in mind.

This backs up the fact that the white 18V LXT models are essentially the same model as the teal blue variant and the small compact battery keeps the tool lighter and compact.

Compact depending on how you look at it as the size and capacity of the battery does nothing to shorten the length.

So back to peoples assumptions, are the white versions Makita’s homeowner DIY power tools? No. Are they Makita’s budget versions? This answer can be argued as yes and no. Yes because they are priced a bit lower than similar models with larger higher capacity batteries, but no because the pricing is similar to competing pro brand offerings. 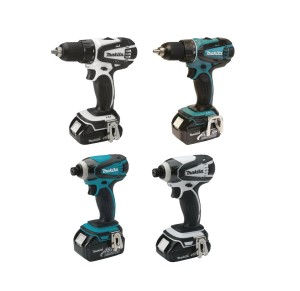 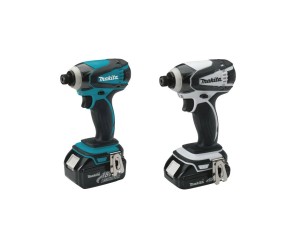